How does one write about terror in fiction? Until September 11th, 2001, this wasn’t a pressing question for writers exploring contemporary life in the United States; now it is unavoidable. The last seven years have seen numerous fictions grappling with 9/11, to varying degrees of success. The consensus has been that the experience is still too close and the nerves still too jangled to process it. While Joseph O’Neill’s Netherland turned many a head last year, and Don DeLillo’s 1991 novel Mao II was chillingly prescient, it is undeniable that writers in the U.S. are just starting to experiment at refashioning terror into illuminating products of the imagination. It seems only natural, then, to look for guidance and inspiration in the literature of regions long acquainted with the daily intimacies of fear and violence. Guatemala is a devastatingly fertile place to begin.

Guatemala’s civil war—the longest in Latin American history, a brutal conflict that took the lives of over 200,000 people—lasted from 1960 to 1996. Terrorism against civilians was the modus operandi of successive military regimes in Guatemala, and heinous human rights violations were part and parcel of the government’s counterinsurgency strategy. Extrajudicial “death squads” became an inextricable component of the violence (thanks to a helping hand from the U.S.); the use of the word desaparecer (disappear) as a transitive verb originated in Guatemala. It should come as no surprise, then, that the milieu of the civil war has defined contemporary Guatemalan literature. Though much of this writing has yet to be translated into English, a few important titles are now available, including Guatemalan novelist Ronald Flores’s absorbing first novel, Final Silence, published in Spanish in 2001 but released in English just last year. 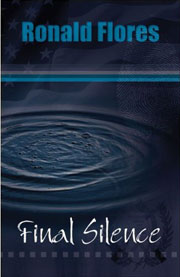 Winner of the Mario Monteforte Toledo Prize, Final Silence takes place during the time leading up to the signing of the 1996 peace accords. The plot concerns a Guatemalan psychotherapist, Ernesto Sandoval, who fled his mother country many years earlier to live in the U.S., where he has established himself professionally and founded a center dedicated to treating torture victims. Haunted by memories of his homeland and the deaths of his father and brother, Sandoval returns to Guatemala to rediscover himself and his native country. Once there, he begins treating a powerful general and war criminal, Jorge Camacho, who longs to be set free from the darkness of his misdeeds during the civil war. The two men embark on a psychological battle toward redemption or disaster, each repulsed by, yet also drawn to, the other.

Drawing on an intriguingly diverse repertoire of narrative techniques—viewpoints constantly shift, for example, and first-, second-, and third-person narrations can all be found interacting in the space of a few pages—Flores shows that formal innovation is an effective, perhaps even necessary strategy for taking on content whose horror can’t be conveyed in words. His decision to center Final Silence’s exploration of the aftereffects of terror around the pain of the victimizer is a daring move, one which demonstrates Flores’s courage and imagination. While one could securely argue that Final Silence explores the poetics of terror, one might also frame it as an unsentimental gambit into the complicated poetics of healing. For Flores, healing is not a process of rosy restoration; rather, the afterglow of fear and violence persists as victim and victimizer must grapple with the past, much like Sandoval and Camacho do in their tumultuous sessions (this approach could be projected in any number of ways onto the U.S. reaction to 9/11). The ongoing story of Guatemala is one still plagued by terror, yet it is bracing to know that the tormented isthmian gem has found an able chronicler. 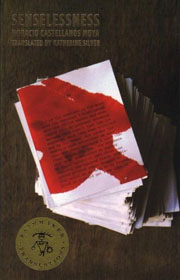 Another recently translated novel bringing the plight of Guatemala to English-speaking readers is Senselessness, by Horacio Castellanos Moya. Born in Honduras, Castellanos Moya grew up in El Salvador and came of age during that nation’s very own terror-filled civil war, which lasted from 1980 to 1992. In 1997 he published El Asco, a novel which garnered both praise and death threats, sending him into exile and eventually landing him in Guatemala (he is now the exiled writer-in-residence at the nonprofit organization City of Asylum in Pittsburgh). Out of this sojourn in Guatemala emerged Senselessness, a slim, compulsively readable novel which is as harrowing as it is hilarious.

The unnamed narrator of Senselessness is a paranoid, misanthropic litterateur who has been hired by the archbishop of Guatemala to copyedit a 1,100-word truth report chronicling atrocities committed by the military during the civil war (Castellanos Moya never makes it explicit that the story takes place in Guatemala, but various hints in the text put it beyond question). The impending publication of the report has brought tensions between the church and the military to a head, and the narrator fears for his safety. As a drinking buddy says to him one day at a cantina near the archbishop’s palace: “May you come out of this shit alive.’”

While the novel confronts the unthinkable atrocities committed against indigenous communities and, much like Final Silence, the legacy of this violence, Senselessness still manages to be uproariously funny. This is no meager feat, and its success hinges on the acerbically comic, darkly spitting voice of the narrator. Castellanos Moya’s style here might best be described as a breathlessly looping rant, which leads the reader into winding, page-long sentences and multipage paragraphs. The narrator’s voice is equally entertaining whether it’s following a thread of his unraveling paranoia or, as in this passage, recounting the unglamorous details of a sexual conquest: “thoroughly excited by my member in her mouth, [she] finished taking off the garments she was still wearing, including a pair of military boots and thick socks that seemed to me vulgar and unattractive garments to wear under a summer skirt . . . when an odor issued forth from those military boots that tore my nasal passages to pieces and made me feel the strongest possible revulsion, an odor that undoubtedly permeated her feet, perhaps beautiful and appetizing from afar, but which I didn’t even dare to look at because I had thrown my head back against the couch, my eyes closed, my face wearing the enthralled expression of a man overwhelmed by pleasure.” Translator Katherine Silver must be commended for her artful fortitude in sustaining the rhythmic energy of the prose.

Parallel to the narrator’s screwy misadventures and mounting fear is his fascination with the testimonies of the massacre survivors and torture victims recorded in the report he is editing. Phrases like “I am not complete in the mind,” describing the psychological trauma of violence, echo over and over in the narrator’s mind. As the novel veers toward its conclusion, the gap between violence in testimony and impending violence against the narrator seeming to close, these phrases take on an even greater power, fusing into the language of the narrative itself. It is in fusions like this one where Senselessness is most boldly triumphant, forging together comedy and tragedy, laughter and despair, history and the present.

Click here to purchase Senselessness at your local independent bookstore