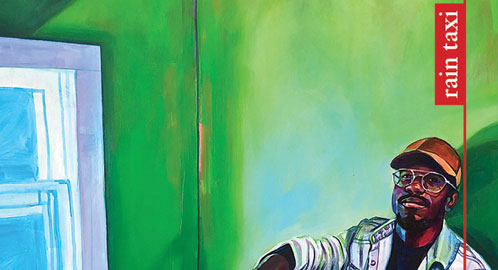 Son of Paper Son: An Interview with Koon Woon
Poet and publisher Koon Woon discusses his emigration from China in 1960 to work at his family’s restaurants, his bout with mental illness, and his fortunate turn toward the creative life of a poet.
Interviewed by David Fewster

Going In Kind of Sideways: An Interview with Brian Laidlaw
Prior to the pandemic, Schauss sat down face to face (!) with poet and songwriter Brian Laidlaw to discuss how poetry differs from lyrics and other topics.
Interviewed by Owen Schauss

Fictions within Fictions: An Interview with Will Heinrich
As the son of a sculptor and now the husband of an artist, Heinrich has always been closely connected to the art world; his latest novel, The Pearls, is a breathless look at the post-WWI art scene in New York City.
Interviewed by Will Corwin

Pandemic Reflections on Houseboat on the Ganges & A Room in Kathmandu: Letters from India & Nepal, 1966-1972
Marilyn Stablein
As many folks head back into quarantine mode, sit back for some armchair traveling with this look at Marilyn Stablein’s letters from her journeys to the East. Reviewed by Gregory Stephenson

DEEMOCRACY: An American Absurdity in One Act by Gary Dop 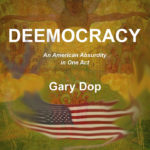 We know that a fraught national election during a global pandemic is a bit stressful, so as our Election Day gift to readers, we are pleased to offer a free-to-read pandemic-infused comedy by Gary Dop, in the spirit that a fractured nation sometimes needs to laugh to understand its weeping. Set entirely in digital rooms on Election Day 2020, the satire follows Dee, an average voter, who is pulled from an online therapy session into a national broadcast of the e-precinct’s last voting appointment. Download a PDF of DEEMOCRACY now!

Rusty Brown
Chris Ware
Rusty Brown, the slippery eponymous character of Chris Ware’s latest masterful graphic novel, first appeared in 2001, but ends up here a boy who vanishes into the overall narrative like an ephemeral snowflake. Reviewed by Steve Matuszak

The Marquis de Sade and the Avant-Garde
Alyce Mahon
Mahon’s scholarly and engaging book provides a treasure house of information and inspiration, revealing the hidden depths and concerns of human experience. Reviewed by Penelope Rosemont

A Little History of Poetry
John Carey
An Oxford don, John Carey has a remarkably unpretentious and encyclopedic knowledge of names, places, poems, poets, and poetic moments and movements, which he evinces while offering a subtle critique of modernist obscurity. Reviewed by James P. Lenfestey

Hidden Valley Road: Inside the Mind of an American Family
Robert Kolker
The award-winning journalist envelops us in the study of schizophrenia, centering his narrative on a family whose bizarrely high incidence of the disorder baffled scientists for decades. Reviewed by Grace Utomo

Tree Story: The History of the World Written in Rings
Valerie Trouet
In Tree Story, Valerie Trouet introduces us to the much wider range of information that tree rings often contain, and especially their relevance to the study of climate change. Reviewed by John Toren

Mercy: A Memoir of Medical Trauma and True Crime Obsession
Marcia Trahan
Marcia Trahan’s debut memoir opens with some familiar narrative tropes, but moves into a slow and steady exploration of how we view and consume the past. Reviewed by Mary Mullen

Entering the Blobosphere: A Musing on Blobs
Laura Hyunjhee Kim
If "the blob" still evokes for you images of science-fiction horror from the technicolor 1950s, that’s okay; Laura Hyunjhee Kim will get you up to speed in her phenomenal meditation on our current “blobosphere.” Reviewed by Joseph Houlihan

The More Extravagant Feast
Leah Naomi Green
Held in the arms of the greater-than-human world, Leah Naomi Green is a writer who seeks to care for creation and to raise her family in mindful connection with it. Reviewed by Todd Davis

All The Useless Things Are Mine: A Book of Seventeens
Thomas Walton
This odd little book presents seventeen-word sentences that lean toward the aphoristic, with hints of the macabre and stand-up comedy. Reviewed by Eric Vasquéz

Norma Jeane Baker of Troy
Anne Carson
In her new poem-play, Carson forsakes the easy pleasures for the difficult, portraying a negative theater that requires its readers to rid themselves of certainty and ideology. Reviewed by S. T. Brant

Sky-Quake: Tremor of Heaven
Vicente Huidobro
Evoking the tragic love story of Tristan and Isolde, Huidobro’s prose poem from 1931 applies his doctrine of creacionismo, where “The poet is god.” Reviewed by John Bradley

The Town
Shaun Prescott
Prescott conjures the spooky dark humor of Shirley Jackson in this compelling debut novel about a disaffected town in the outback of Australia. Reviewed by Chris Barsanti