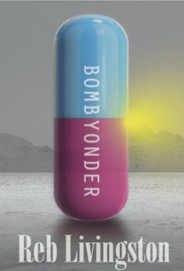 Ever since David Shields unsettled the distinction between fiction and nonfiction in his Reality Hunger, the novel has been in its newest state of siege. Will Self declared the genre dead in The Guardian, while William Deresiewicz, reviewing Michael Schmidt's biography of the novel in The Atlantic, reminded us of its historic and continuing vitality. Writers such as Sheila Heti and Karl Ove Knausgaard have been quoted in The New Yorker as saying that they are fed up with the fabrications of realism, although in that same magazine Adelle Waldman has earnestly defended the tradition of the realistic novel.

All this literary hand-wringing brings to mind another key moment in the history of fiction—the birth of the then-inscrutable Modernist novel. How did a reading public weaned on H. G. Wells and John Galsworthy respond to the novels of Franz Kafka, James Joyce, and Virginia Woolf? In her 1925 essay “Modern Fiction,” Woolf famously wrote that the novelist of her time was enslaved

not by his own free will but by some powerful and unscrupulous tyrant who has him in thrall, to provide a plot, to provide comedy, tragedy, love interest, and an air of probability embalming the whole so impeccable that if all his figures were to come to life they would find themselves dressed down to the last button of their coats in the fashion of the hour . . . Is life like this? Must novels be like this?

Woolf’s response to both questions, of course, was a resounding no, and her unique novels reflect her belief that “life is not a series of gig lamps symmetrically arranged” but rather “a luminous halo, a semi-transparent envelope surrounding us from the beginning of consciousness to the end.” Woolf did not seek to write non-realistic fiction per se; she sought to alter the concept of realism so that it would include the strange workings of the mind, “this varying, this unknown and uncircumscribed spirit” of living. She did so by pioneering a lyrical yet politically sensitive fiction, lush with poetic rhythm and rich with stream-of-consciousness, that remains unparalleled to this day.

In contrast, many contemporary responses to the so-called death of the novel take the form of what is sometimes called the non-novel—works by writers such as Teju Cole, Ben Lerner, Rachel Cusk, and the aforementioned Knausgaard and Heti. In most cases these autobiographical novels attempt to solve our dissatisfaction with the stilted fabrications of plot and character by steering fiction toward the realm of memoir. But Reb Livingston's extraordinary novel, Bombyonder, shows us how timid such a solution is. One doesn't heal the ailing novel form by disguising fiction as memoir, Bombyonder forcefully suggests; one heals the novel by fearlessly transfiguring long fiction. Rather than assuaging supposed readerly anxieties, Livingston reinvents fictional character and narrative pattern while embracing the perplexities of prevarication, the imaginative value of absurdity, and the delights of wild artifice.

Despite its avant-gardism, Bombyonder bears an uncanny resemblance to Gillian Flynn’s runaway bestseller, Gone Girl. Both books feature a female protagonist trying to find herself, suppressing some aspect of her personality, and navigating complicated amorous relations with men. Both books incorporate diary entries as a central device, reflect on the questionable influence of parents on their children, and involve complex mysteries of disappearance and reappearance. And both books contemplate murder, though in radically different manners. While Gone Girl adheres to the conventions of the realistic thriller, Bombyonder teeters on the opposite end of the fictional spectrum: it is innovative in the extreme.

Hiding away in a motel after having staged her death, Amy Elliott Dunne, the main character in Gone Girl, explains, “I'm not sure, exactly, how to be Dead Amy. I'm trying to figure out what that means for me, what I become for the next few months.” In contrast to such comprehensible discourse, Bombyonder treats similar themes esoterically:

Maybe the concern is being alone in a hotel room, waiting for the waiting to stop, maybe murder is the concern, maybe she'll be prosecuted for her crimes, maybe the death should be recreated in a bathtub, there might be concern as to whether a person can ever truly be dead, somebody take away her orb, tell her she can't participate in this expedition anymore, tell her she wasn't pulling her weight, tell her that we hate her so very bad.

To move from Gone Girl to Bombyonder is akin to moving from The Great Gatsby to The Journal of Albion Moonlight. Livingston’s book is built of scrap-metal reflections, out-of-context memories, letters and text messages, diary entries that resemble free-writes, random lists, surreal images, and dreamlike anecdotes. The book might best be described as a bazaar of beautiful literary figures—startling sentences, scintillating word-play, and mind-bending ideas. It contains, for instance, unique descriptions of setting:

Bombyonder looked like a bomb leveled an entire world created as a backdrop for a far-off science fiction novel that took place in an outlet mall.

Like a school teacher educating hoards of young lovelies who didn’t know their own loveliness, I pointed out their squalor.

My heart beat like a dying whale’s sonar, unable to tell the difference between a fish and a torpedo.

Check for the hat that feels like a joke threatened by an algorithm that doesn’t obey order.

People with decomposing faces acting normally, like they're not from around here, like they have to graduate from someplace before their jaws collapse.

In short, Livingston stretches the form and style of the novel to its utter limits. Bombyonder’s unnamed narrator commits patricide and is put on trial, gives birth-by-regurgitation to birds, and, like Mary Shelley's Frankenstein, creates a monster—a Terrifyingly Handsome lover who spurns her. When that relationship fails, the protagonist aims to invent a more ideal lover for herself. She does so against the advice of her suppressed alter-ego, Lily, who warns her, "Never create a god no matter how much you think you want to be fucked by an appropriated swan." Ignoring the cautionary message implied by Lily’s allusion to Zeus’s rape of Leda, Bombyonder’s protagonist proceeds, this time opting for a heroic man who is like a brother figure, Rauan. But in embodying the almost perfect male, Rauan succeeds only in boring the narrator, who then seeks satisfaction in relationships with female figures. Indeed, in its treatment of amorous relationships, Bombyonder, like Gone Girl, might be construed as a subversive exploration of cultural assumptions regarding heterosexual love and gender roles.

That said, teasing a plot out of a book utterly lacking narrative sequence is like pulling teeth from a rhinoceros. Even sophisticated readers might react like one of the protagonist's lovers, who writes to the protagonist, "I'm afraid I don't follow your disjointed narrative, this narrative that offers no place for me." In other passages, Livingston seems to reflect on her own novelistic techniques: "She decides to be imprecise because perfection is a perversion. She shall not be perverted by your tyrannical standards. Or maybe later she'll decide to give just a little perversion a try. She becomes fluid, like her conscience and awareness, like a swamp swallowing a swan." And: “THE PANIC IS COMING FROM / INSIDE THE NARRATIVE.” "I am focused on arrangement,” the protagonist claims elsewhere, “I offer an anti-linear historical outline to anyone receptive to a spiral web, I'm offering an offer I can't explain."

Note the caveat here: to anyone receptive to a spiral web. This book is not for everyone. Readers who share Jonathan Franzen's frustration for radically innovative work will soon throw up their hands, but if you are comfortable with the novels of Ben Marcus or Ali Smith, then Livingston’s work might be your cup of experimental literary tea. Bombyonder is capricious; it misbehaves. Like Tristam Shandy, it breaks all the rules of the realistic novel and delights in contradiction and non sequitur. What is character? What is plot? What is the best, most accurate way to represent the human condition in words? Bombyonder reminds us that traditional answers to such questions can be jejune, or at least passé, and challenges us to reformulate them. The observation that subatomic particles do not abide by Newtonian laws led to the creation of quantum physics; faced with long experimental work by Livingston, Mark Danielewski, Ali Smith, Eimear McBride, and others, readers and literary critics are indeed compelled to rethink how fiction works.

Yes, the book has its weaknesses: it often overindulges in wordplay, and it squanders its promising opening sequence by zeroing in a bit too much on the psychic babble of its central dingbat (as the narrator refers to herself). A broader (more novelistic?) scope might have made the text a bit more socially conscious—more akin to Mrs Dalloway. And perhaps Bombyonder’s pretty much absolute dismissal of narrative leads it to underestimate the productive advantages of accumulative sequence and suspense. By rejecting storyline almost histrionically, Bombyonder precludes itself from exploring the larger arcs of plot so crucial to long fiction, the epic gestures that have helped make the novel such an enduring and important cultural form in the modern world.

But for readers who are interested in poetic prose such as that by Chiara Barzini, who appreciate the curious flash fictions of Diane Williams, and who are not intimidated by the complexities of experimental fiction, Bombyonder offers mind-expanding bombs on every page.