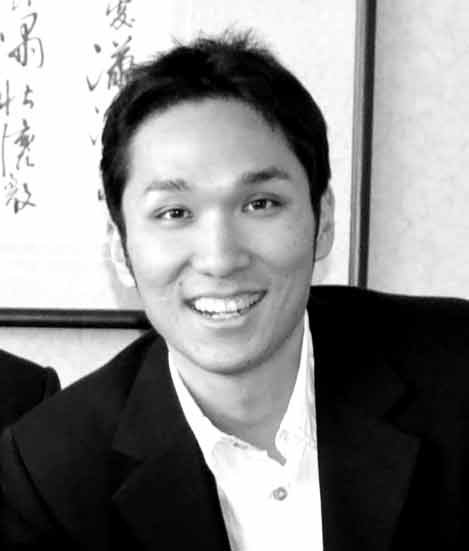 Peter Tieryas Liu is the author of the short story collection Watering Heaven and the recent novel Bald New World (Perfect Edge, $16.95). Set in a future where everyone has gone bald and making wigs has become big business, Bald New World is the dystopian tale of two friends, filmmakers Nick Guan and Larry Chao, who “choose to explore the existential angst of their balding world through cinema.” Their picaresque quest takes them to places in both China and America, and makes the book satisfying as both a surreal thriller (complete with conspiracy theories and digital cricket fighters) and a smart philosophical take on the construction of the self.

Although Liu’s fiction, non-fiction, and reviews have been published in Electric Literature, Gargoyle, Indiana Review, and many other places, he has also worked as a technical writer for LucasArts, the gaming division of LucasFilm, and as Technical Director for Sony Pictures on films such as Guardians of the Galaxy, Alice in Wonderland, and Men in Black 3. Perhaps it’s no wonder that his work blends literary excellence and science fiction fun so seamlessly.

Berit Ellingsen: Which literary genres, if any, influenced Bald New World the most, and why? 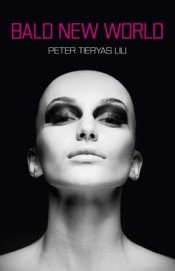 Peter Tieryas Liu: How would you label Queen’s Bohemian Rhapsody? It’s part ballad, part operatic, and has a hard rock climax, but it’s the cohesion that makes the work so compelling. I’ve never thought about books in terms of genre. My main focus is on whether it tells a good story and if I like the characters involved. Steinbeck and Melville have been as much influences as Harlan Ellison, Pu Songling, Cao Xueqin, and Philip K. Dick. Gail Simone, Neil Gaiman, Frank Miller, and Alan Moore write graphic novels and they’ve had as big an impact on my work as the literary greats. When you go back and look at the first literary works, there is no division between religion, science, philosophy, biography, and myth. If you get technical, the Odyssey and even the Bible could be considered mind-bending works of genre (there are parts of the Bible, like in Ecclesiastes, whose poetry and contemplations in life are unsurpassed). It sounds odd, but when I wrote Bald New World, I didn’t approach it as science fiction, but more as a personal tale that takes place in a strange futuristic world. I think that had a lot to do with my reverence of science fiction works; I honestly didn’t think it had enough hard science to warrant the categorization. So it’s not so much specific genre works that have influenced me as just good storytelling in general.

BE: How does your work as a digital artist/animator influence your writing?

PTL: Being surrounded by some of the most talented people in the world inspires me to think about the world in different ways. While technically I am a digital artist, I fall more under the programming umbrella of things, so it exercises a different part of my brain (creative versus mathematical coding, which can also be creative, albeit in a different way). And that’s a good thing in that I’m always able to get this mix of both technical and artistic expression. It’s also fortunate because after a whole day of work, I can shut the programming part of my brain down and do my writing, and each is like a vacation from the other.

BE: What do you do if inspiration is flagging? Do you have any particular tricks against writer's block?

PTL: Take breaks, write non-fiction, play videogames, watch films, go on a trip, attend a museum exhibit on defunct art forms, listen to a ukulele concert, try to learn salsa (and fail), chat with telemarketers, plan out a supercomputer that can interpret calculus into emotion, translate dog speak into cat purrs, fast, gorge on buffets, have a good glass of champagne, beat games I’d never heard about (like Terranigma, which is superb), read random books outside of what I’d normally read, read books I’ve been meaning to get to forever (Don Quixote, I’m coming!), lose at Poker, dream about childhoods I never had, Twitter about Facebook and Tumblr blog about WordPress, debate movie inconsistencies with friends, try to solve crypto-zoological conundrums, ponder the Solway Firth Spaceman, ponder the implications of the Wow! Signal, pretend to be a trashcan for a day, pretend to be a storm cloud for a day, and more until the spark of an idea hits . . .

BE: Is there any particular question you wish people asked about your writing?

PTL: I think most people ask the general writing questions; it’s the specific ones related to my work that I love. One in particular I’d enjoy answering for Bald New World is: five months since release, what do I think of the work, especially in light of the reviews and literary criticisms? I’m honored by every review out there and each makes me think about my work in different ways. I’m eager to read connections people make, thematic bridges, the way it touches people personally, just as much as I enjoy reading the things people really disliked and various critiques.

BE: If you became bald, would you wear a wig? Why or why not?

PTL: Bald all the way. I think bald is super cool. I think a wig every once in a while for a costume party would be a blast. But bald is bald, and I would never want to hide that. Also, I’ll eventually get there from natural causes. When that happens, I’ll either Larry David it or shave it all off.

BE: In Bald New World democracies like Europe and the U.S. aren't doing very well, dictatorships like China and North Korea seem to be doing much better, and market forces control everything. Do you see this hyper-consumerism as a bad or a good thing?

PTL: First off, North Korea is pretty horrible in Bald New World. The NK spies that hide in Beijing have it better just because their job is to kidnap people for enslavement to North Korea by luring them with the promise of beauty and bliss. But, without delving into plot spoilers, what happens to one of the spies later in the book makes it clear they live under brutally savage conditions. On a deeper level though, this is a fascinating question because it gets back to a question of identity. While I’m ethnically Asian, I view myself as an American. I grew up here, am indebted for all the opportunities I received, and I love the culture of e pluribus unum (I might also point out that in Asia, they all viewed me as a Westerner). In that sense, it may seem like I’m more critical of aspects of America I don’t like, but it’s only because I want to see change for the better (in Bald New World’s case, rampant gun violence and obesity being two issues I specifically target). Because I’m a foreigner in Asian countries and I’m mainly there as a tourist, I don’t feel as comfortable making broader judgments, especially without being aware of the full social and cultural context (why do you look at the speck of sawdust in your neighbor’s eye?). That’s why I often cringe when I read non-Asian accounts of Asia because, even if well-intentioned, they’re so full of broad generalizations aimed at caricaturing and mocking things they don’t understand, they feed a stereotype that, unfortunately, has ramifications for Asians living in America who are globbed together. In terms of hyper-consumerism, I don’t think I’ve ever met one person who thinks it’s a good thing, not even marketing people I know. Consumerism itself isn’t bad, but when it becomes the end-all of anyone’s existence, the dehumanizing cycle that ensues makes life one dreary hell. To quote Fight Club, “The things you own end up owning you.”

PTL: I have a fascination with bugs; their existence is a stripped-away version of our own lives, only on a microscopic level. I recently visited CERN, and hearing all the theories on the universe, it made me wonder, what would ants trying to explain freeway traffic sound like? I was watching a special the other day about these parasites (Leucochloridium paradoxum) that only breed inside bird intestines. At the same time, they can only grow inside snails so after the birds crap out the parasites, these snails eat them. The parasites grow inside the snail, and when it’s time for breeding, affect their brains (by causing a deficit in light detection) so that the snails expose themselves (the parasites burrowing into the snail eyes resemble caterpillars) and make them vulnerable to birds again, and the cycle repeats.

I knew I wanted cricket fights in Bald New World, just because they were so big in China. But the idea of a virtual interface came to me while I was stuck in Los Angeles traffic one morning, frustrated, wondering why we were going nowhere at the same time. Traffic is the perfect metaphor for the modern condition and the morass of society. Cars are the allegory for our individual lives. We think we have control over where we’re going, but we don’t. That made me think, what if pilots could actually drive these crickets? From there, it wasn’t a big leap to make it virtual (especially since I’d just tried out the Oculus Rift at a conference earlier that day). In the original outlines, there was a lot more about the various schools of fighting, historical rivalries, etc. I cut most of that out as it became extraneous to the main plot. But it’s a world I wouldn’t mind revisiting.

BE: The scene where the protagonist loses his teeth is one of the most dramatic in the novel. Where did that idea come from? Do you ever have one of those nightmares about your teeth falling out?

PTL: I had all four of my wisdom teeth pulled out in one procedure, and for almost a week, my mouth wouldn’t stop bleeding. All I could eat was soup and Gatorade, so even now, whenever I drink Gatorade, I remember the smell of blood in my mouth. A couple years back, a filling I had went bad and necessitated a root canal. But every time I went to the dentist, they told me I was fine. I woke up with massive migraines, my teeth throbbing in pain. It made eating miserable. I changed dentists and the new one told me I needed a root canal. During the surgery, even with the anesthetic, I started feeling excruciating pain as the oral surgeon went deep. I hated it. While there are tortures that are far worse, Bald New World helped me to deal with the lingering memories of that trauma.

As for dreams, there’s the old wives’ tale that if your upper teeth fall out, someone older than you is going to pass away and lower, younger. I’ve had my teeth fall out in several dozen dreams and, fortunately, never once has anyone passed away. I’m so happy when I wake up and realize my teeth are still intact. I hope my teeth stay with me forever.

BE: What are you working on now?

PTL: My next book is with my agent and I’m also hoping to make some headway on a Bald New World game prototype. I also hope to catalog and write about some of the stories behind some of my favorite RPGs growing up.