Bring your own dinner and sit for a spell at this virtual event featuring André Gregory, whose recently published This is Not My Memoir (Farrar, Straus & Giroux) tells the life story of his iconic career as a theatre director, writer, and actor.

Gregory will share his memories and insights with Twin Cities actor, playwright, and director Christina Baldwin in a wide-reaching and delightful discussion. Free to attend, registration required.

André Gregory has been directing for the stage for more than half a century, and has won OBIE and Drama Desk Awards for his work. He has collaborated on film versions of his theatre productions with Wallace Shawn, Louis Malle, and Jonathan Demme; the now legendary film My Dinner with André was created by Gregory, Shawn, and Malle in 1981, and his work with a theater group to stage Chekhov’s “Uncle Vanya” in a decaying theater in Times Square was brought to the screen as Vanya on 42nd Street. Gregory is also an actor, writer, teacher, painter, and author of the poetry collection Bone Songs. 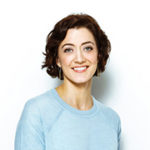 Christina Baldwin has engaged audiences in film, on stage, and in the concert setting. A collaborator with Theatre de la Jeune Lune for nearly 10 years, she co-adapted and performed the title role in their critically-acclaimed touring production of Carmen and was part of their 2005 Tony-award winning season. She has been a soloist and recording artist with the Minnesota Orchestra, a writer/actor on the nationally broadcast public radio show “Wits," and lent her voice to animated short films by the Dutch filmmaker Rosto A.D (Cannes Film Festival award-winner). She is currently interim Artistic Director at the Jungle Theater in Minneapolis, MN.