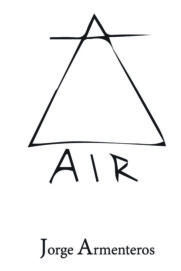 Craving escape from a stifling relationship, a perfumery student with an innately strong sense of smell stumbles into lodging at a “fourth class hotel” run by a man who hasn’t changed his shirt—or left the site—in years. The characters in Jorge Armenteros’s second novel travel between Paris, Guadalupe and Marrakesh, searching for themselves and one another. They are both drawn to and repulsed by the hotel proprietor, known only as “Striped Tunic” due to his civet-smelling apparel, who becomes central to the story, acting as an eerie and unwanted oracle.

Imena is the first to arrive at his red door in Marrakesh, drinking in the city’s novel scents—“soft, ethereal, and tender.” At night, the pungent Striped Tunic listens to her howling in her sleep. She so yearns to expose a truth within herself that on her way to the public bath, “the idea of entering a gathering place and disrobing herself in front of others produced a sense of delight.” She takes up with a sculptor of torsos, though he proves just as draining as the relationship she recently fled. Ultimately, she turns to her intuition and training to meld scents into the cure she can find no other way. Although her internal struggle can feel a bit abstruse at times, Armenteros’s direct prose carries the reader willingly through her plight.

Imena’s overbearing professor-boyfriend, Patricio, follows shortly afterward in desperate search of her. He laments that her “absence leaves me facing my past, alone.” He is left to remember his childhood in Buenos Aires, the traumatic death of his mother, and his current identity crisis, which comes from being unwilling to face his past. He grasps onto Imena as a way of muting his pain and when she leaves him, rather than turning to the true problem, he frantically scrambles to find her, wasting his effort and strength on an ultimately fruitless quest.

Meanwhile, René, Patricio’s graduate student, undergoes a much more complex identity crisis—that of gender. “What he despised most were his hanging testicles and flaccid penis, a grotesque sight, an indelible stain.” The reader follows René in his quest to become “Renée,” an often violent journey in which he abandons his past entirely and suffers botched surgery and predatory stalking, among other dramas—unflinching and graphic scenes that confront us with the character’s unique pain.

The novel crosses between past and present. Armenteros introduces his characters by braiding stream-of-consciousness first person with distant third in a seemingly random fashion. The reader flies from Patricio’s past into Imena’s thoughts, to the omniscient viewpoint of the happenings at the hotel. The effect is one of deep character immersion, compelling the reader through each short section and toward what feels like the story’s inevitable ending.

One of the most fascinating characters, of course, is Striped Tunic, the enigmatic recluse seen by his tenants as “possessing a piercing truth.” An otherworldly figure going through his own transformation, this nameless man forces each character to look more closely at inner wounds and also witnesses their, at times, brutally inflicted physical wounds. At the same time, Striped Tunic inspires delusion among his guests. At different points in the narrative, Imena, Patricio, and René each express belief that he or she can fly, that “the air will hold me.” Armenteros charges that air—alternately perfumed and rancid—to deliver a compellingly erratic narrative.