Join us as we celebrate the life and writing of Denis Johnson, who died on May 24, 2017. Best known for his 1992 work of fiction Jesus’ Son and his 2007 National Book Award-winning novel Tree of Smoke, Johnson was also the author many other works of fiction, poetry, drama, and journalism. This event celebrates the January 16 release of Johnson's posthumous book of stories, The Largesse of the Sea Maiden (Random House), which the author finished shortly before his death—and which is already being called "an instant classic" by advance reviewers (see below).

Free and open to the public, with reception to follow. 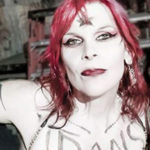 Venus de Mars is a multidisciplinary artist and musician, best known as the singer-songwriter transgender rock star fronting the band All the Pretty Horses. 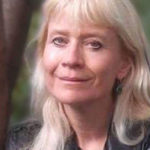 Lynette Reini-Grandell is the author of Approaching the Gate and the forthcoming Wild Verge. She performs poetry with the Sonoglyph jazz collective and the Bosso Poetry Company. 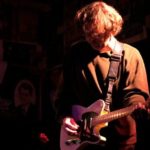 Jim Roll is a Wisconsin-based musician whose discography includes the album Inhabiting the Ball, which features songs co-written with Denis Johnson and Rick Moody. 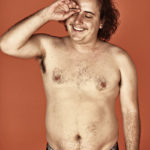 Har Mar Superstar is a Minneapolis-based songwriter & performer who is renowned for his live act; also known as Sean Tillmann, he "earns his keep with sweat equity."

Advance praise for The Largesse of the Sea Maiden 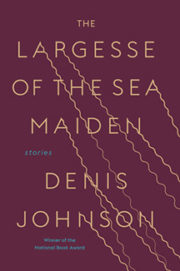 “Mesmerizing . . . psychologically revelatory, spiritually inquisitive, and grimly funny stories . . . Johnson will be remembered and revered as an incisive storyteller fluent in the comedy and tragedy of human confusion and the transcendence of compassion.”—Booklist (starred review)

“American literature suffered a serious loss with Johnson’s death. These final stories underscore what we’ll miss. . . . Johnson is best known for his writing about hard-luck cases—alcoholics, thieves, world-weary soldiers. But this final collection ranges up and down the class ladder; for Johnson, a sense of mortality and a struggle to make sense of our lives knew no demographic boundaries.”—Kirkus Reviews (starred review)

“An instant classic . . . A masterpiece of deep humanity and astonishing prose . . . It’s filled with Johnson's unparalleled ability to inject humor, profundity, and beauty—often all three—into the dark and the mundane alike. These characters have been pushed toward the edge; through their searches for meaning or clawing just to hold on to life, Johnson is able to articulate what it means to be alive, and to have hope.”—Publishers Weekly (starred review)