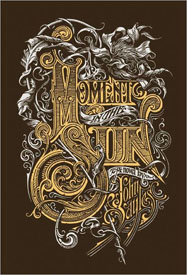 It is the perfect moment for a novel like the latest from filmmaker John Sayles, A Moment in the Sun. As the ephemeral euphorias of social networking begin to wane and election season begins to wax, a tome of literary historical fiction might provide many with an encouraging reminder of the depth of American roots and the breadth of American identity. Though the title is regrettably close to the classic Montgomery Clift/Elizabeth Taylor film A Place in the Sun, Sayles’s new work conjures a time we’d be well advised to remember, if only to understand our own more coherently. Divided into three sections, the nearly thousand pages total over a hundred chapters; the book combines the research and scope of a James Michener doorstop with the edge and lyricism of a tome by Wallace Stegner. There is as much Ken Burns here as Kelly Reichardt, as much Zane Grey as Larry McMurtry, as much Jack London as Jack Kerouac.

Furthermore, Sayles’s novel fills a little gap in the interests of the American historical popular curiosity. While the Civil War and even Reconstruction are regularly mythologized, and prohibition is of enough interest to have generated a highly publicized HBO series and a PBS documentary in the last couple years, the turn of the century, from the Gilded Age to the Progressive Era, is perhaps neglected. This was the era when America burst her borders with overseas wars and frontier expansion and redefined her culture with industrial and political revolution, and Sayles deftly recreates that time in his book.

“Everywhere there’s a river in this country, there’s a railroad along side it,” Sayles writes, and the parallel between geographical and human topography is indeed close to the center of the novel. In the same instance as Sayles chronicles human society’s increasing insulation from the natural world, he reminds us how embedded our evolution is within the landscape. Though it seems we look less and less at place as important—everyone already seems everywhere in the Internet age—it is good to remember that deep connections to the ground beneath our feet need to be nurtured, even if the reasons to do so are unclear.

In “Cantos for James Michener,” poet David Berman writes “God created forest clearings so he could spy on the Indians.” This is precisely the type of humor that not only makes A Moment in the Sun infinitely readable but also poetic. As in Berman’s semi-ironic homage to what the historical brand evokes in the American pop-consciousness, Sayles’s novel shows that history is not, despite what the romantic imagination desires, a march from some utopian primordial ooze of simplicity towards an ever more anxious era of technological domination, spiritual vacuity, and an increasingly invisible present. The present might in fact be at the true center of A Moment in the Sun. The sweeping forces of colonialism and development are still, for all their squalor, slow. So read this book slowly. It will be over before you know it.