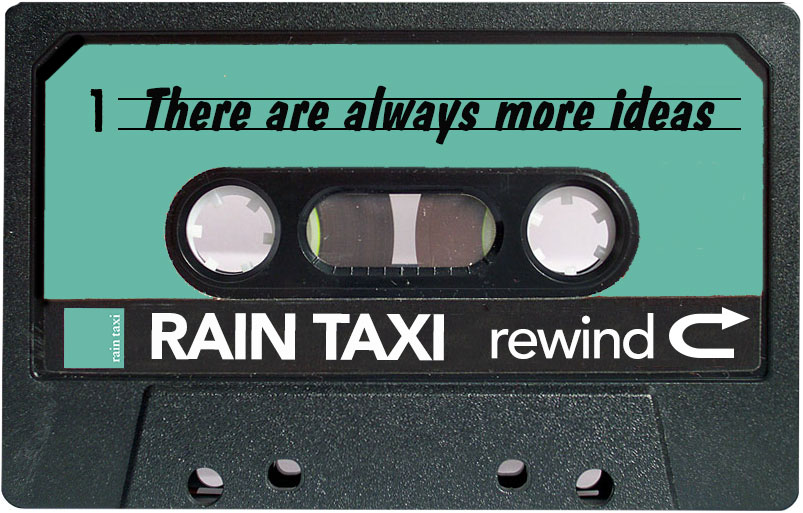 Writer’s block is a problem we give ourselves. Now, that’s not to say it isn’t real. Anyone who’s ever tried to write consistently has come up against a dry spell, when no ideas are coming, when the ideas we have seem flat, or when we lose faith that we can execute the concepts we actually like. Much of this stems from the genre or form-based boxes writers tend to put themselves in, so it’s no wonder that when the exact route of our choosing feels creatively closed to us, we feel trapped. But this sense of being stuck really just means we aren’t looking around enough, and this is where experimental and innovative writing can serve a vital role.

Take the writers featured in the pieces below. Kenneth Goldsmith tested the limits of poetry by directly transcribing a year’s worth of weather reports, and ended up with truly memorable book (and two more). Davis Schneiderman wrote Abecedarium by teaming up with another author, trading off the writing and editing of the story every hour. And then there’s the Oulipo movement, which places severe, often mathematical constraints on works so that writers have to “construct the labyrinth from which they propose to escape.” The point of all these examples is not that a writer should be bizarre for the sake of bizarreness; it’s that, if we actually open ourselves to seeing the infinite creative options available to us, the thought that someone could be out of ideas starts to seem impossible.

There are always more ideas. Sometimes, a writer simply has to turn to a new place and trust the process of creative experimentation. Take another phrase borrowed from the Oulipo: when the familiar ways get stale, writers should turn to “the continuation of literature through other means.”

Rain Taxi’s best pieces on experimental fiction and poetry from 2008:

“American Trilogist: An Interview with Kenneth Goldsmith” by Kareem Estefan (Fall 2008, Online), in which Goldsmith discusses his experimental trilogy of books titled The Weather, Traffic, and Sports.

Review by Geoffrey Cruickshank-Hagenbuckle of Writings for the Oulipo by Ian Monk (Summer 2008, Online), a collection of memorable examples from the Oulipo Movement.

“Lather, Rinse, Repeat: An Interview with Davis Schneiderman” by Brian Whitener (Winter 2007/2008, Online), in which Schneiderman discusses how experimental literature interacts with the publishing industry.