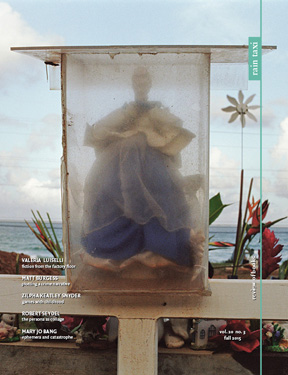 Wing Young Huie’s many photographic projects document the dizzying socioeconomic and cultural realities of American society, much of it centered on the urban cores of his home state of Minnesota. Whether in epic public installations or international museum exhibitions, he creates up-to-the-minute societal mirrors of who we are, seeking to reveal not only what is hidden, but also what is plainly visible and seldom noticed.
His most well known works—Frogtown (1995), Lake Street USA (2000), and The University Avenue Project (2010), produced by Public Art Saint Paul—transformed Twin Cities’ urban areas into public photo galleries, reflecting the everyday lives of thousands of its citizens in the midst of some of the most diverse concentrations of international immigrants in the country.

The Minneapolis StarTribune named Wing “Artist of the Year” in 2000, stating, “Lake Street USA is likely to stand as a milestone in the history of photography and public art.” His five published books: The University Avenue Project, Volume 1, The University Avenue Project Volume 2, Looking For Asian American: An Ethnocentric Tour, Lake Street USA, and Frogtown: Photographs and Conversations in an Urban Neighborhood. Lake Street USA was hailed by the Minneapolis Star Tribune as one of 25 great books ever published about Minnesota.